Grottos and Concrete Parks of the Midwest 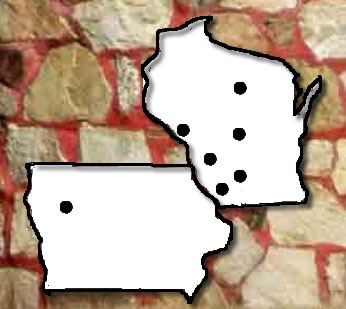 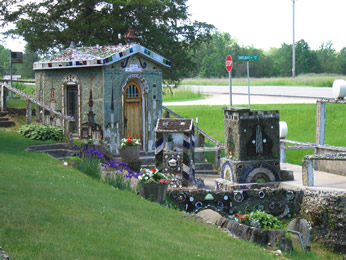 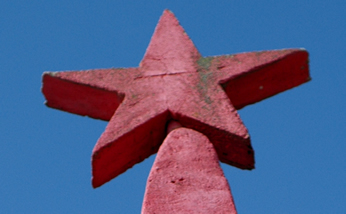 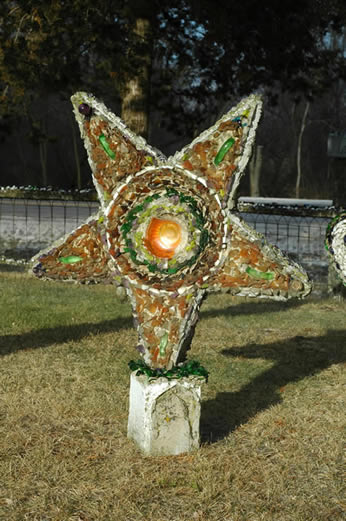 Concrete Parks of the Midwest

Tucked away in the Midwest are some incredibly captivating outdoor sculptural environments made of concrete and embellished with paint, glass, broken china and other cast-off items. They are truly amazing to behold.

Yet they are also relics of their time, a vanishing art form, all created by self-taught vernacular artists who spent their retirement years in a visionary quest to document their lives and the changing world around them by building massive concrete environments.

"We have a concentration of nationally significant vernacular artists and their environments in the state that are clearly great art," says Leslie Umberger, senior curator of exhibitions and collections with the John Michael Kohler Arts Center in Sheboygan, a major repository of the work of artist environment builders.

In fact, these unique bodies of work are considered so important that they were bought, conserved and gifted to not-for-profit communities and organizations for education and enjoyment by the Kohler Foundation, Inc. of Wisconsin, which since the late 1970s has focused on preserving the work of regional folk architecture and art environments.

Grottos of the Midwest

The Midwest is blessed with a legacy of religious grottos that are also considered among the most important vernacular artists in the United States who expressed their vision by building massive environments of embedded concrete. The grottos reflect the times in which they were built with religious and patriotic themes. Their builders were not schooled in architecture or any formal art tradition. Rather, it was the availability of inexpensive concrete that made the creation of these incredible structures possible without the use of blueprints or written plans. During their building they all received widespread attention in local and regional newspapers.

The birthplace of the grotto movement in the U.S. is Saints Peter and Paul Church in West Bend, Iowa, home to The Grotto of the Redemption , which takes up an entire city block and illustrates the story of the redemption, from the fall of man to the resurrection, and was built by Father Paul Dobberstein. It is reportedly the largest collection of semiprecious stones, minerals and petrified materials in the world valued at some $4.3 million.

The Dickeyville Grotto , built by Father Mathias Wernerus on the grounds of the Holy Ghost Church in Dickeyville, Wisconsin, is another awe-inspiring sight adorned with thousands of pieces of sparkling glass and ceramics, shells, marbles, minerals, rocks, petrified wood - even doorknobs.

The St. Phillip Parish Grotto Shrine in Rudolph, Wisconsin, built by Father Philip Wagner. Unlike the others, this one is constructed primarily of native rock and bedecked with mature trees and extensive plantings. It also contains the Wonder Cave, an enclosed tunnel one-fifth of a mile long containing dozens of statues and plaques. For more information, see (http://csumc.wisc.edu/newsletter/grottos.htm).